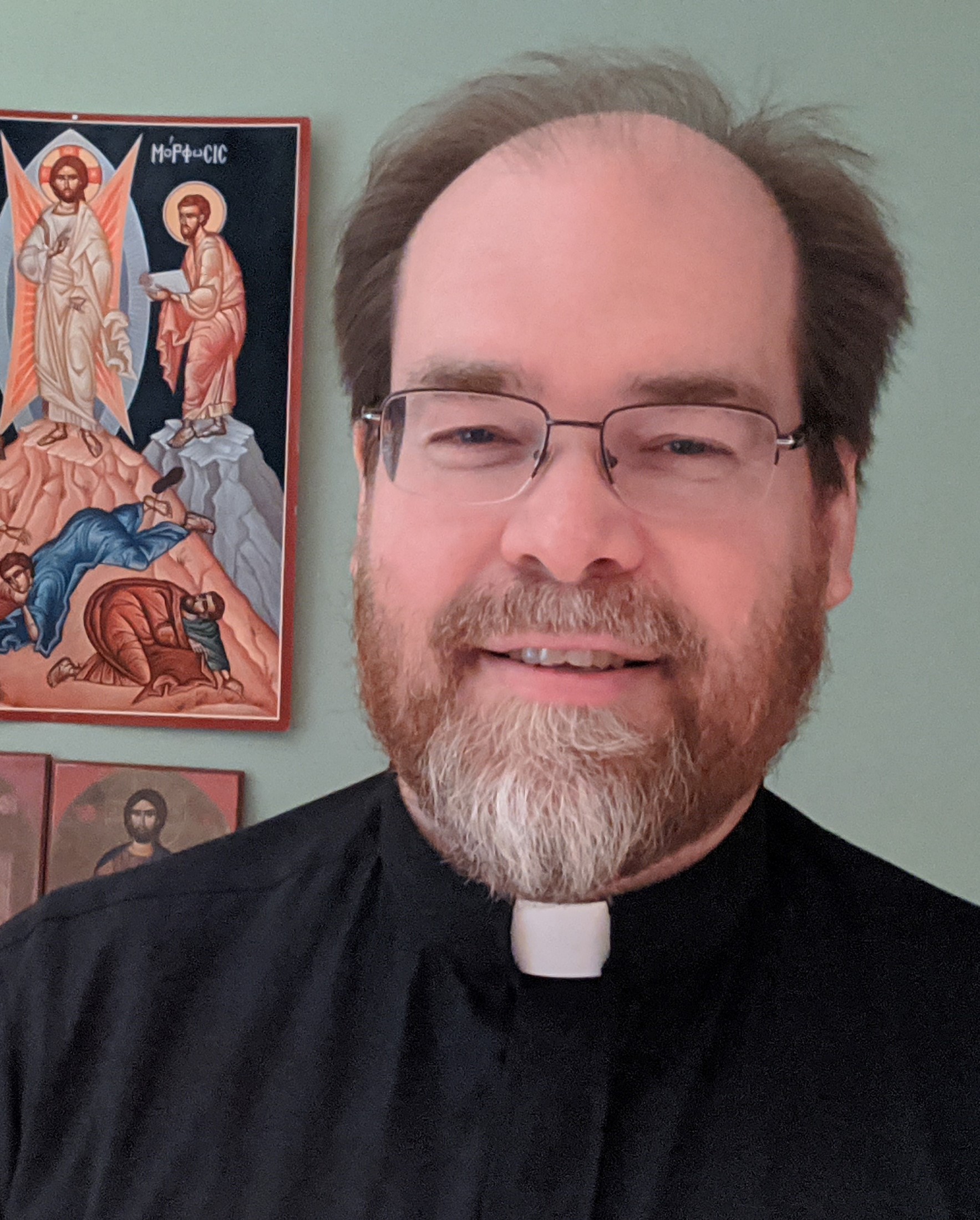 Father Basil Hickman was born on August 18, 1968, to William and Cristine Hickman in Mason City, Iowa. His first sense that he was called to become a priest occurred when he was a child. As he grew older, Fr. Basil began to consider the priesthood seriously, inspired by his priest, Fr. Gregory Champion. His observations of other priests as he matured also inspired him as he considered his calling. Fr. Basil graduated from Clear Lake High School in 1986 and attended North Iowa Area Community College in Mason City for two years after graduation, taking liberal arts courses.

From Mason City, Fr. Basil moved to Brookline, Massachusetts, completing his Bachelor of Arts degree in Religious Studies at Hellenic College in 1990. In the fall of 1990, Fr. Basil enrolled as a student at Holy Cross Greek Orthodox School of Theology in Brookline, graduating with a Master of Divinity degree in 1993. He worked for the next several years in Boston.

In 1996, Fr. Basil was married to Efstathia (Efi) Antoniadi, an education major at Hellenic College, in her hometown of Tripoli, Greece. After his marriage, Fr. Basil made final preparations for his ordination to the Holy Priesthood.

For nearly three years, Fr. Basil served the Annunciation parish as associate pastor under Father James Dokos. This provided Fr. Basil with the practical training and experience necessary for eventually becoming a pastor to his own flock. And in August of 1999, Fr. Basil finally returned to Iowa with his family to become the parish priest of the Greek Orthodox Church of St. John the Baptist in Cedar Rapids.

From August of 1999 to September of 2005, Fr. Basil served as parish priest at St. John the Baptist parish. When the priest's position at St. George's in Des Moines became vacant, Fr. Basil was selected to fill that vacancy. His family pulled up stakes and made the move to Des Moines in early September. On Sunday, September 11, 2005, Fr. Basil became priest of St. George Parish and celebrated his first Divine Liturgy with us.

On June 10, 2021, Fr. Basil received the offikion of Protopresbyter at the end of Great Vespers for the Nameday of His Eminence Metropolitan Nathanael.

Fr. Basil and Presbytera Efi have two daughters, Christina and Alexandra. The family resides in Urbandale.